It’s day two of  SSS … a Suite of Sweets for Sweethearts. With that wintry stuff moving into our area again, I thought I’d share this recipe for melt-in-your-mouth breakfast (or dessert) popovers, namely these Gluten-Free Cinnamon-Sugar Crusted Popovers. (The almonds are optional.) 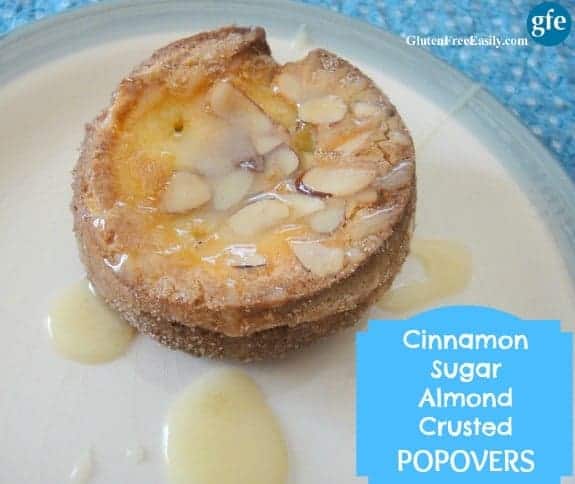 These popovers can surely make your forget about your “I’m over winter” blues. They would also be ideal for breakfast on Valentine’s Day morning … or brunch … or afternoon tea.

Frankly, I can’t think of any time these popovers wouldn’t be good. 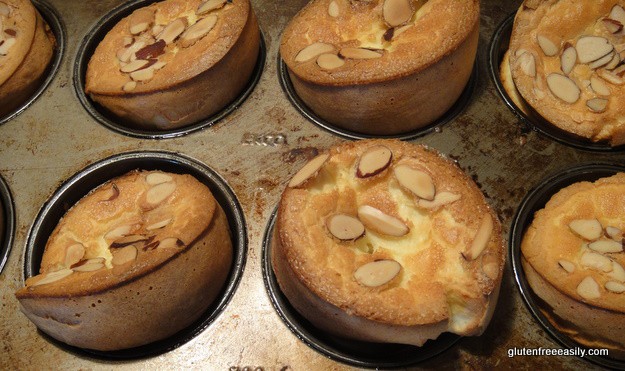 Each time, I’ve made these popovers, if there were more than two of us eating them, they disappeared in mere minutes. These popovers even inspired Mr. GFE to suggest that there should be a special feature here on gfe—Mr. GFE’s Recipe Pick of the Month. Of course, this recipe would be his first pick, he said.

Son proclaimed these popovers to be the closest thing to a cinnamon bun that he has eaten since going gluten free. (The cinnamon-sugar mixture I always use is very heavy on the cinnamon.) 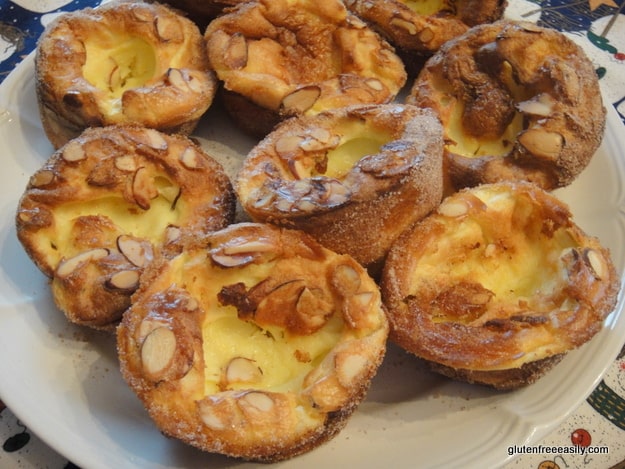 Then Son ate four, in fairly rapid succession … even after he’d stated that he was only going to eat half of the fourth one. Maybe this recipe should be called Mr. GFE’s Top Pick Willpower-Busting Popovers.

These popovers were a family collaboration of sorts. It was Son’s idea to prepare a little honey butter (using raw honey from our bees) for topping these popovers. That was a brilliant idea! 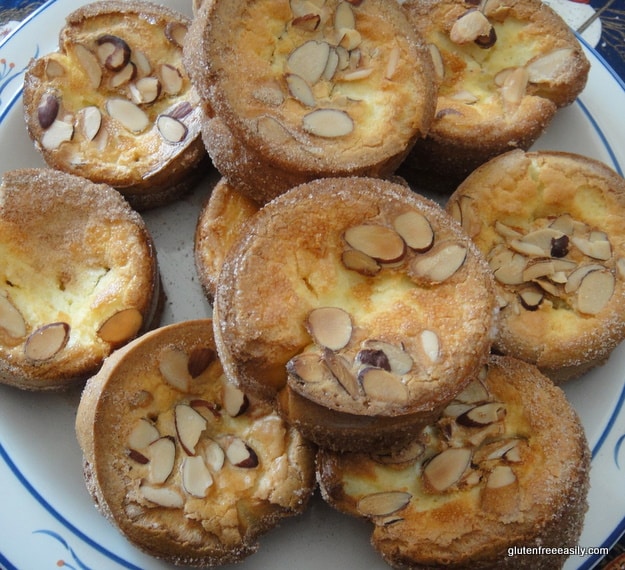 I’ve added almonds to my recipe, which Mr. GFE and I love. For those with nut allergies, skip the almonds and you will still have delightful gluten-free Cinnamon-Sugar Crusted Popovers. 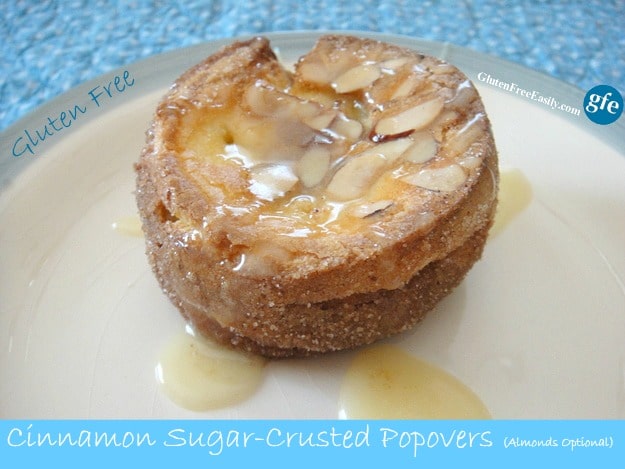 For the sugar coating:

I adapted this recipe from David Lebovitz's Sugar-Coated Popovers recipe (an adaptation of an earlier recipe of his shared both in the New York Times and this Maida Heatter cookbook).

That last photo is actually of recovered, "mistake" popovers that I made during our last snowstorm. As soon as I popped the muffin pan into the oven, I saw the bowl of melted butter sitting on the counter. I had gotten distracted by a couple of "brown-outs," while preparing the batter.

Long ago, I might have scrapped the whole batch and started anew. Not any more ... I set the muffin pan on the stove and spooned a little melted butter into each muffin cup and gave a tiny stir, then replaced the muffin pan in the oven and baked per usual. As you can see, the popovers suffered no ill effects.

I also had forgotten to allow the eggs to come to room temperature. No worries ... the recipe still worked fine. The popovers might have turned out a teeny tiny bit better if the eggs had been at room temperature, but we certainly didn't find anything to complain about.

Enjoy, and if you’re on the snowy East Coast of the U.S., stay safe.

These gluten-free Cinnamon-Sugar Crusted Popovers will take care of the usual, second part of that parting statement— “stay warm“—at least for a bit. They’ll warm your tummy and bring some sunshine into your life.

Later, you can enjoy yesterday’s SSS offering …  Surprise Mint Chocolate Chip Ice Cream, because at this point, I really don’t think you want to be eating that snow cream. Just sayin’.