What’s a girl to do when she has sweet potatoes that she bought for a savory dish that she never got around to making and now the sweet potatoes are “expiring”? Well, make this Crustless Gluten-Free Sweet Potato Pie, of course!

There’s no need to “re-invent the wheel” for this pie either. I simply used my recipe for “Best Ever Gluten-Free Pumpkin Pie” (which was actually the dairy-free version of my original Crustless Pumpkin Pie that reader/blogger Raye Ann of In the Heart of the Home created).

I substituted baked sweet potato for the pumpkin puree and increased the pumpkin pie spice. Oh my, we have a winner! This crustless gluten-free version of Sweet Potato Pie gets the gold! It doesn’t even matter what the competition is!

Incidentally, one song lyric about sweet potato pie has always stuck in my head “Sweet potato pie, and I shut my mouth.” It’s from the country group Alabama’s Song of the South. I really know nothing else about the band Alabama or their music, but that lyric is right on.

At the time, neither Mr. GFE nor I were fans of sweet potatoes in any form except in sweet potato pie. When gluten-free living became my new normal, sweet potato pie—and truth be told, most baking—went out the window for me and for a good while.

But “sweet potato pie and I shut my mouth” are words I’m happy to reunite with! I think you’ll be saying the same—this pie is some seriously good stuff—although you probably will not utter these words with the same Southern accent as I do.  However, whether you’re Southern or not, I think you’ll enjoy this Crustless Gluten-Free Sweet Potato Pie! 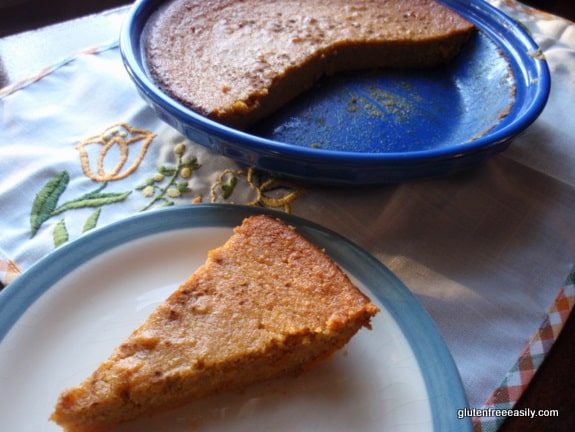 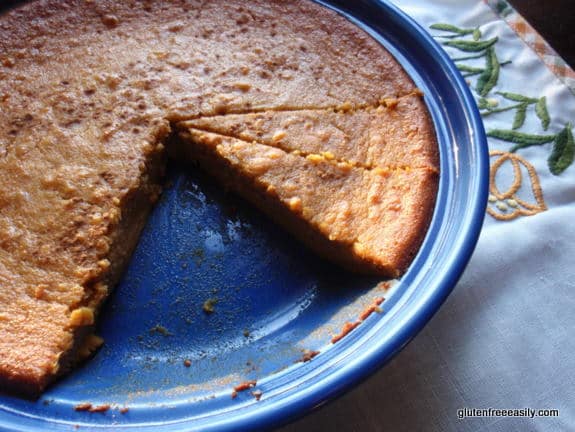 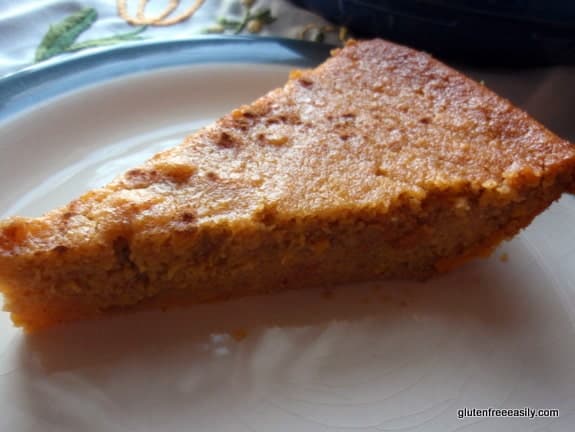 Some readers have also used flax gel eggs successfully in this recipe.