Today I’m sharing my Easy Paleo Bread recipe with you. This recipe was previously shared in a post with another recipe, a non-paleo recipe, which always confused—and, truth be told, aggravated—some readers. I don’t want to do that! Plus, my Easy Paleo Bread is so good that it really deserves its own separate post. 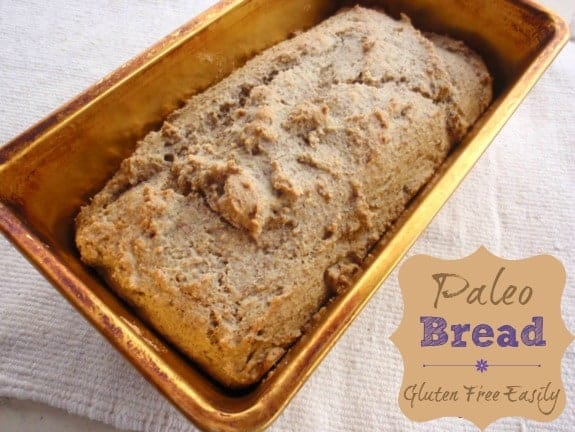 I’ve been making this modified loaf version of Kiva’s Golden Flax Bread for some time. I don’t make bread often because I really don’t miss bread and I don’t think eating bread on a daily basis—even grain-free bread—is necessarily a good thing. I’d rather consume my calories in whole foods. However, this bread I am sharing today really is delicious and I do like indulging in it from time to time (although admittedly many would not even consider calling this healthy bread an indulgence).

When I shared Kiva’s Golden Flax Bread, which makes a rounded flat loaf, several years back, a lot of folks were very intrigued. Not a lot of paleo bread recipes had been shared at that time, or at least very few had reached everyone’s attention. So some readers made Kiva’s recipe immediately after I shared it. And some of them made their own adaptations, of course. All of us who like to cook can’t resist doing that, right?

Reader Cynthia commented with her variation, which doubled the ingredient measurements in the recipe and increased the almond flour to flax meal ratio. I tried her version and really enjoyed it.

The new Easy Paleo Bread was a bit lighter in taste than the Golden Flax Bread. It also yielded a traditional, rectangular loaf of bread. Although the loaf didn’t rise as high as a traditional loaf of bread (which made for a smaller loaf of bread), it was really nice as far as both flavor and texture! 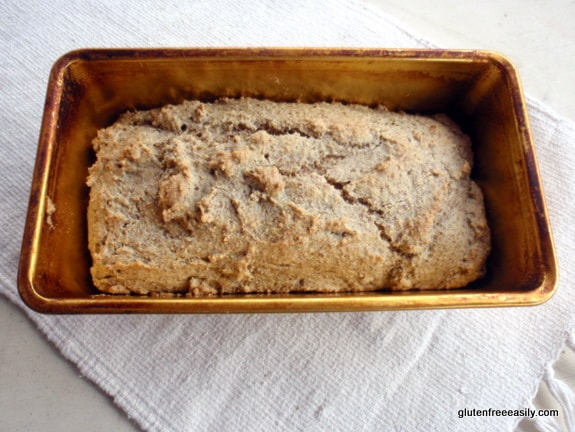 Mr. GFE really liked the earlier version and always enjoys this one as well. He still eats gluten-full bread often, so that is saying a lot!

My mom fell in love with this bread when I made it for Thanksgiving several years ago, so much so that she took the remainder of the loaf home with her. I’ve been making this bread for holiday meals and sending her home with a second loaf ever since!

I’ve made a few different versions over the years, usually working with what I have on hand.  If I don’t have non-dairy milk, I might add an extra egg. If I don’t have flax meal or have less than the recipe calls for, I might add some walnut meal. If I want to make a slightly larger loaf in a larger loaf pan, I may increase the ingredients proportionally, perhaps adding extra baking powder.

One really doesn’t have to be completely obsessed with exact measurements and ingredients for gluten-free baking as is usually thought. I find that grain-free bread that doesn’t require any yeast is especially more “forgiving” when it comes to slight variations.

We enjoy this bread to accompany meals, to make sandwiches, but one of my favorite ways is just to have a slice with a mug of good tea for breakfast! 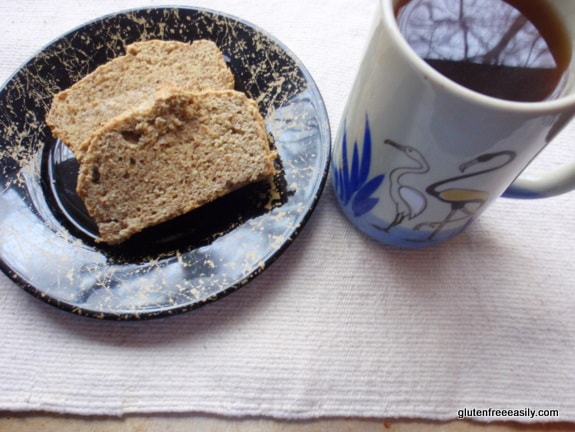