Today is National Root Beer Float Day. Yippee! I do love a good root beer float, especially on a hot summer day. Although I’ll readily admit, that I never turn one down. They’re so good! I’ve updated this totally delicious roundup of gluten-free root beer floats and other root beer dessert recipes for you. 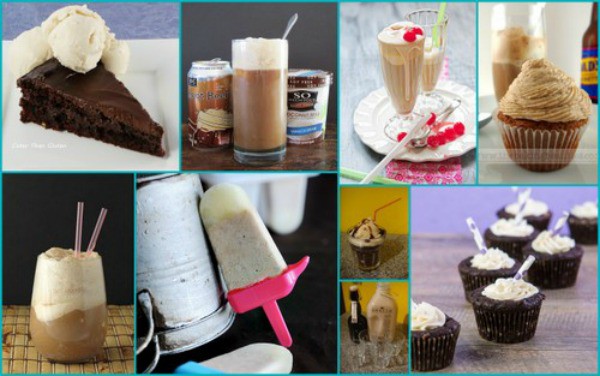 Root Beer … Snooch Snear! The latter is the silly term Mr. GFE’s dad coined and the whole family ended up using when referencing root beer. It’s a nickname that has stuck around and always makes us laugh. But let’s get to those gluten-free root beer float dessert recipes (and other root beer recipes), shall we?

~ Carolyn of All Day I Dream About Food offers a keto Root Beer Float. Low-carb, sugar-free, and ketof-riendly, this float is clearly lacking nothing! 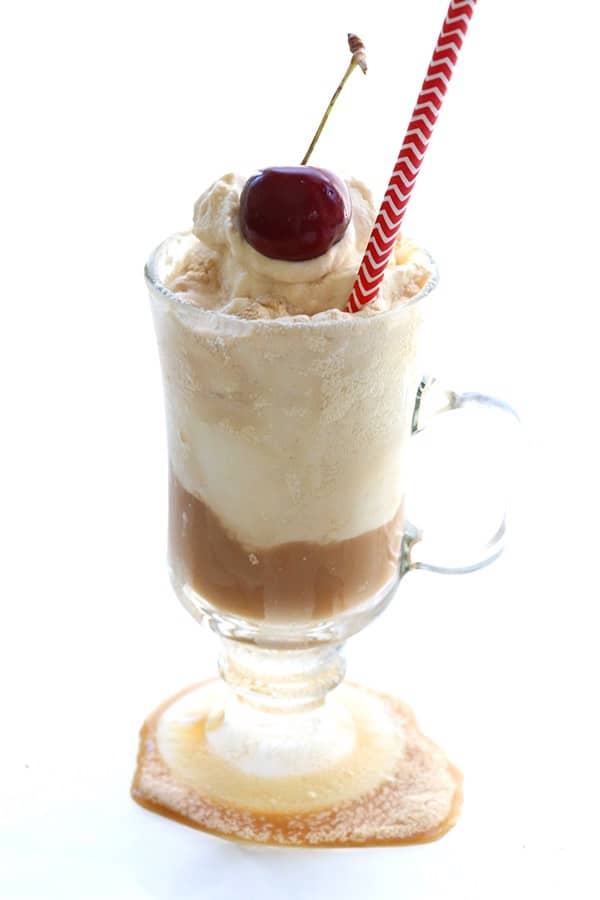 Keto Root Beer Float from All Day I Dream About Food

~ From Cookistry, Donna shares Root Beer Coffee Float with Almond Whipped Cream. The almond comes from almond butter—a brilliant addition to whipped cream if I do say so! But I’m sure some of you will be much more pleased by the inclusion of your beloved coffee by way of Donna’s “super-charged coffee ice cream”! Donna also shares here Rum ‘n Root Beer Cocktail. It’s a pretty simple beverage, but sure to please! 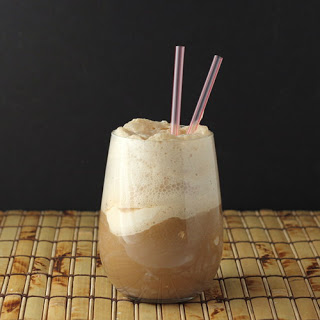 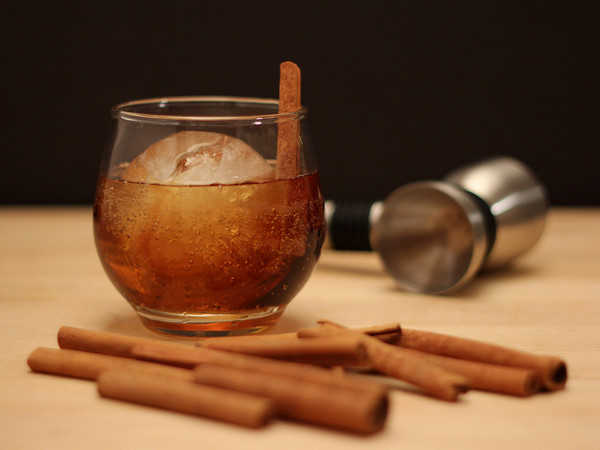 ~ From Go Dairy Free, Alisa made dairy-free Root Beer Floats using ready-made healthier ingredients, and only two ingredients at that. Now that’s a quick route to sipping on this delightful beverage for sure! 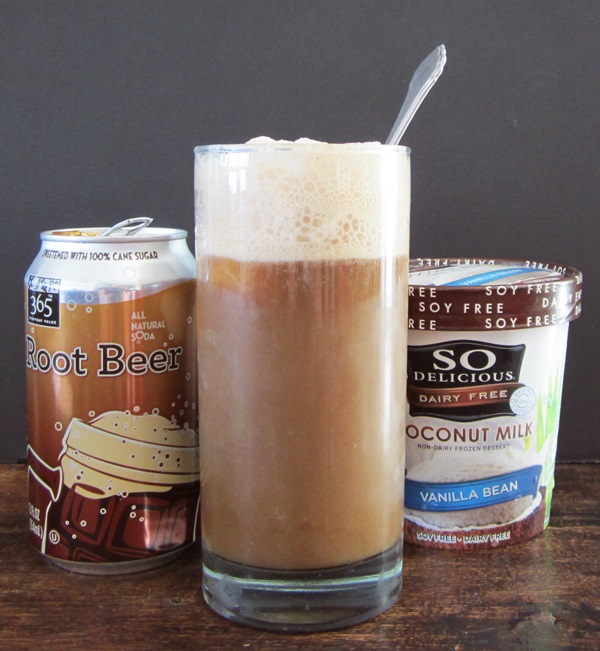 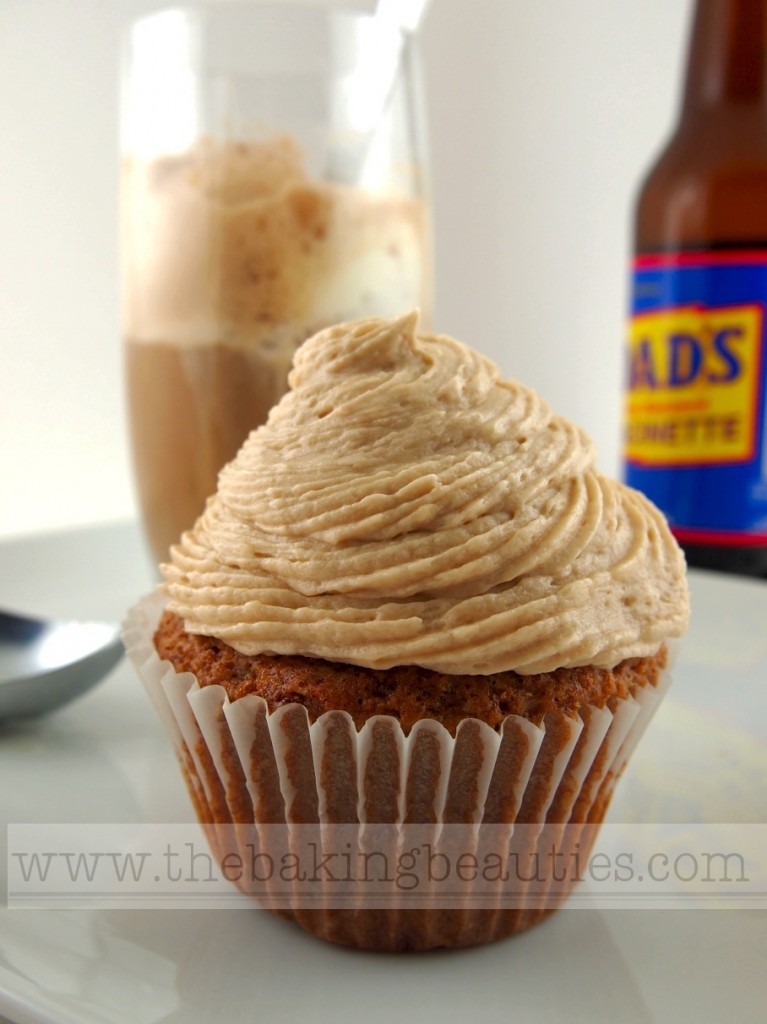 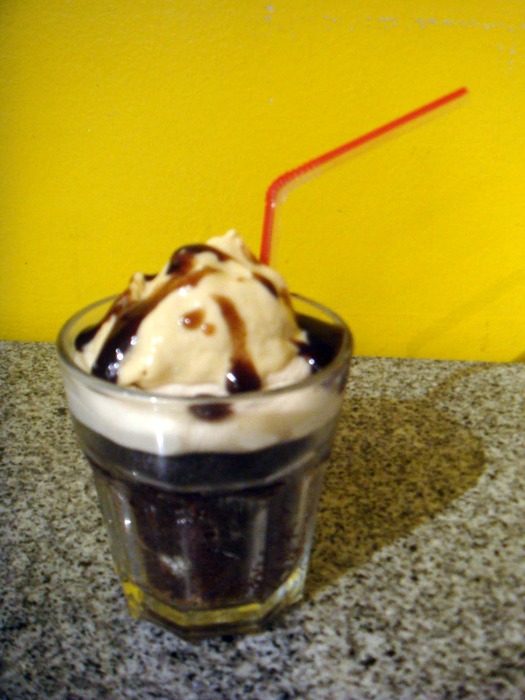 ~ From Dine and Dish, the kids can enjoy Root Beer Float Popsicles (by the way, there’s a lovely tribute in this post to cookbooks and those who use them “well”) or Root Beer Sno Cones, and the adults can enjoy Whipped Root Beer Float Cocktails (please ensure recipe ingredients are gluten free to your comfort level)! 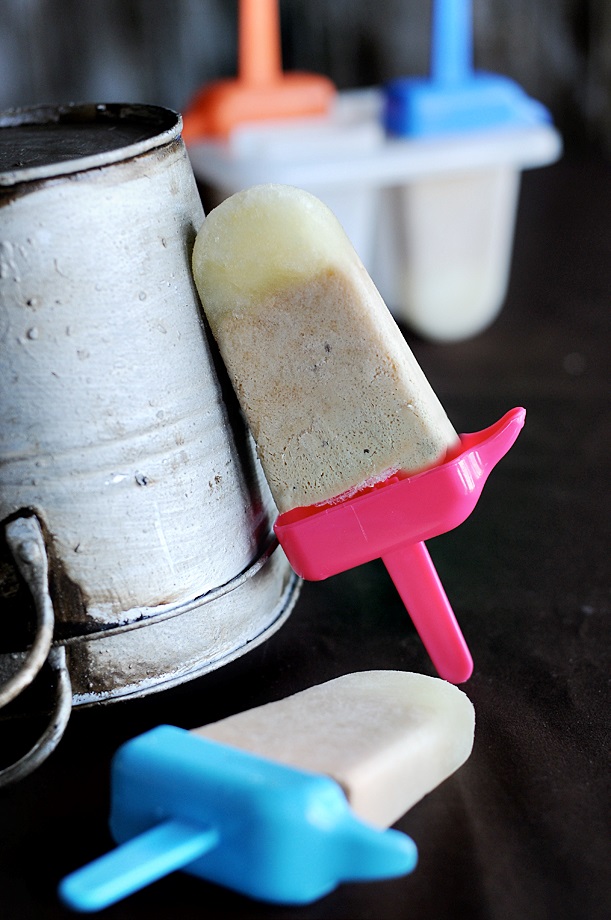 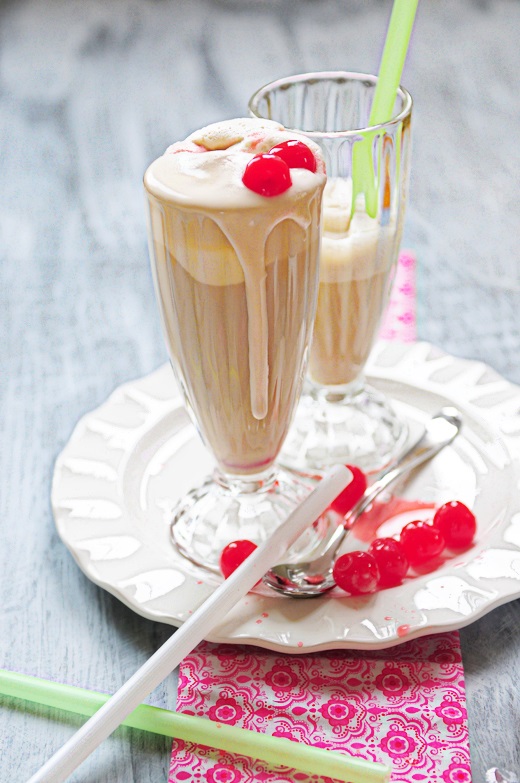 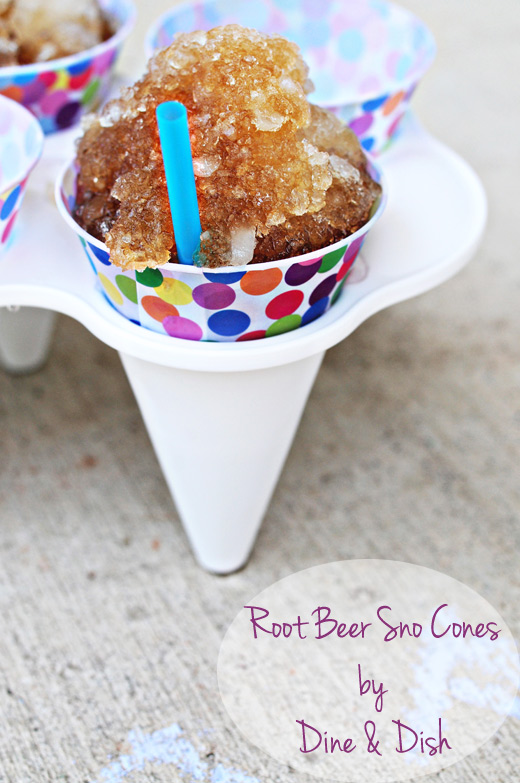 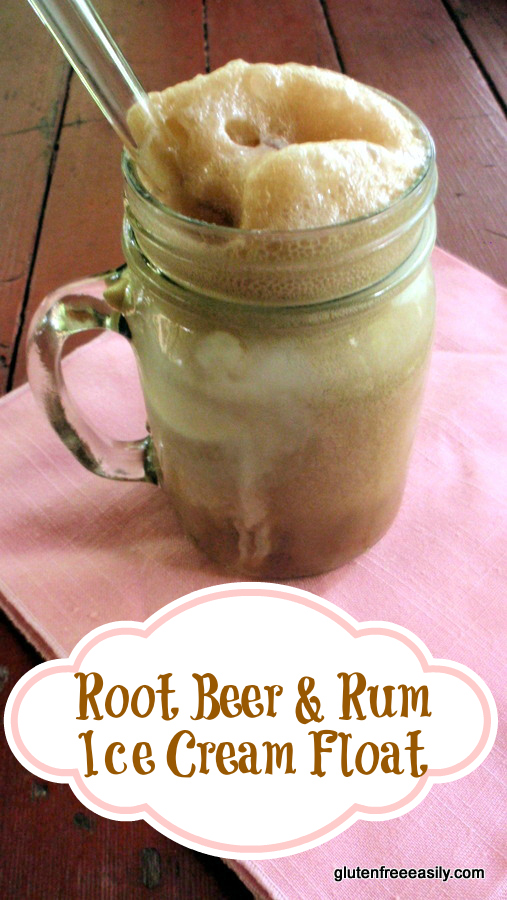 ~ From Making It Dairy Free, there are Root Beer Float Cupcakes. Lacy’s recipe is gluten free and dairy free and uses gluten-free vanilla cake mix and both root beer and root beer extract. 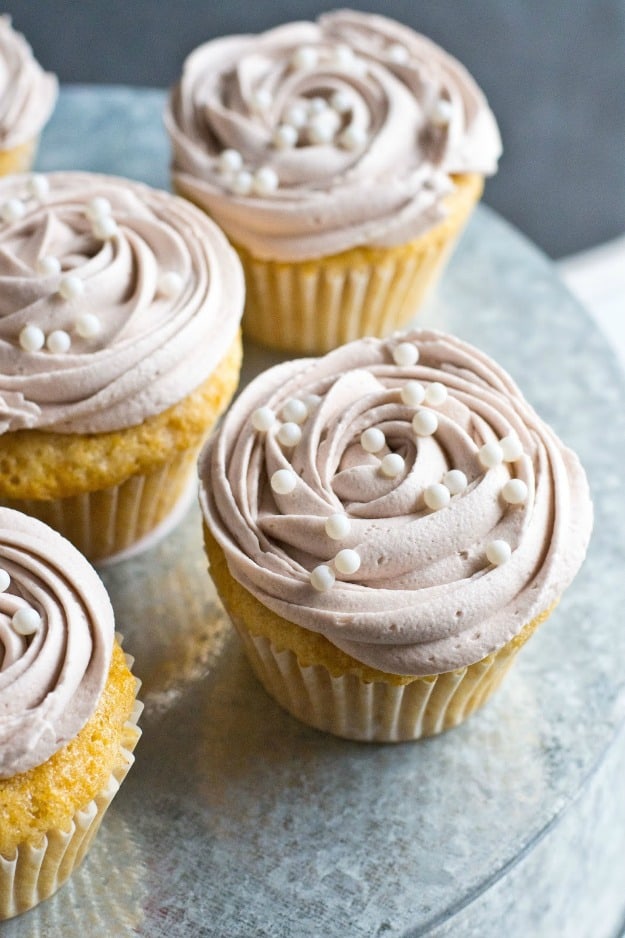 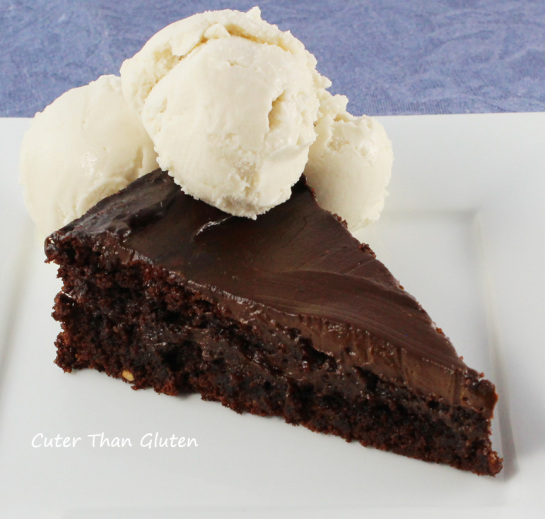 Some final notes:  At the time of this post, A&W, Barq’s, Dad’s, IBC, Mug, and Virgil’s brands of root beer are gluten free. There are most likely other brands that are as well, but these are the ones that are familiar to me.

Root beer is one of those products that has been rumored to contain gluten for years, mostly because it typically contains caramel coloring. This is another one of those myths that won’t die.

If the caramel coloring is made from wheat in the U.S., “wheat” must be shown on the ingredients label. Gluten-Free Living magazine states:  “Corn is used to make caramel color in the U.S. The FDA does permit use of barley malt but all major caramel color producers say corn makes a better product.”

Mary Golden-Silva, a reader of my gfe Facebook page, told me that one can make fantastic root beer from sparkling water and root beer liquid stevia. Mary’s root beer sounds very healthy and terrific to me. It would be a great option for those who are avoiding sodas.

So go and enjoy your gluten-free beer floats and everything else root beer! Always confirm gluten-free status of ingredients of course. We can never stop doing that.