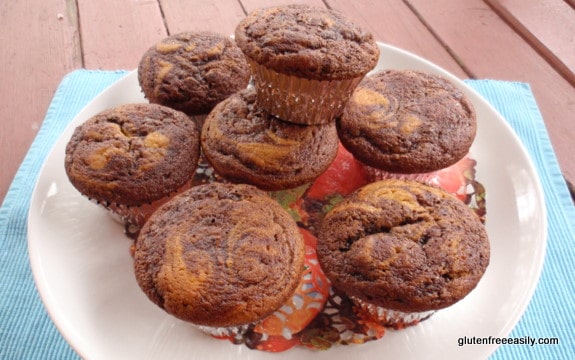 There are even savory cupcakes, aka muffins, like Scallion Goat Cheese Muffins. And irresistible is right! I haven’t had a cupcake since going gluten free and I already have several other great cookbooks in my queue for review. Yet I couldn’t resist dropping everything and making cupcakes. 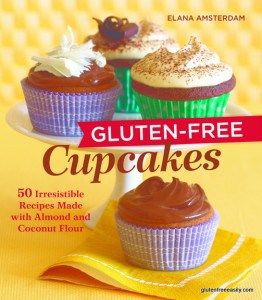 After reading Elana’s introduction and the comprehensive section on equipment, ingredients, measuring, and more, I flipped through the recipes one by one. So many gorgeous cupcakes, but it was the lovely chocolate and vanilla swirls of the Marble Cupcakes that caught my eye. The photo showed them frosted or unfrosted. Elana reports that one of her sons like them without frosting; the other likes them with frosting.

I went for the no-frosting option and was perfectly happy with the results. Even Mr. GFE happily indulged, although with Elana’s cupcakes, indulgence is a relative thing. Ingredients are healthier choices like almond flour, coconut flour, eggs, grapeseed oil, cocoa powder, coconut milk, fruit, nuts, and agave nectar. I used our bees’ honey instead of agave nectar to make these beautiful marble cupcakes—a delightful mix of vanilla and chocolate goodness. Note that the bright orange yolks from my friends’ free-range chickens actually made the vanilla batter a yellow-orange when I made this recipe, which makes these look like Halloween cupcakes! 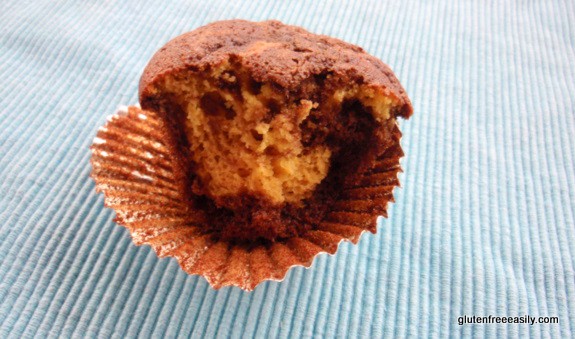 Update:  Elana and 10 Speed Press have graciously allowed me to share this recipe with my gfe readers—woohoo! You can also see the gorgeous photo from her Gluten-Free Cupcakes cookbook, which shows both the frosted and unfrosted versions. 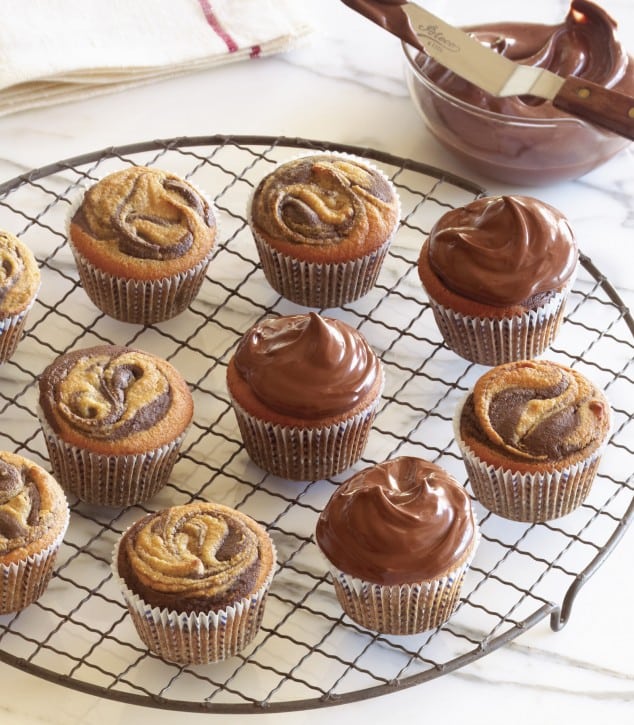 Frosting makes 1 1/4 cups. Who would guess that this super-rich and thick chocolate frosting is vegan? Frost over everything, or simply eat it with a spoon, like I do.