Today I’m sharing these gluten-free Butterscotch Tassies from Chrystal Carver’s new cookbook, Sweet & Simple Gluten-Free Baking: Irresistible Classics in 10 Ingredients or Less.  We’ve all heard of tassies and I used to love those bite-sized confections, but I’ve never heard of Butterscotch Tassies before. 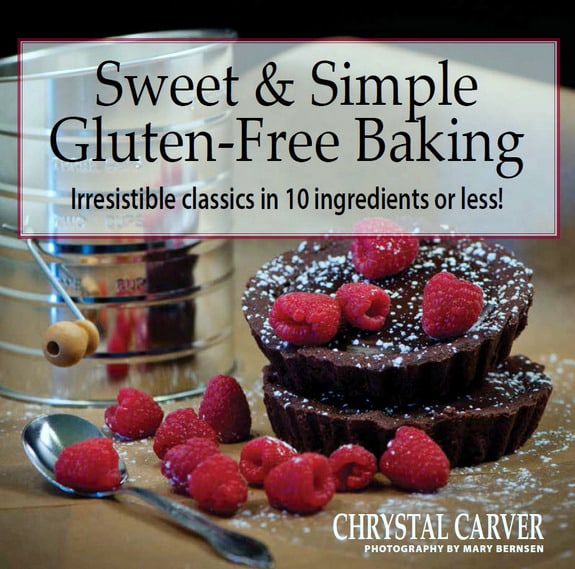 Before we get to the recipe though, let’s talk about Chrystal, her style of baking and her cookbook. Chrystal introduced herself and her blog and told me about her upcoming cookbook.

She also told me her motivation for creating her recipes, her blog, and her cookbook—both of her daughters are gluten intolerant and one is also dairy intolerant.

Like many of us, Chrystal and her family initially went the route of spending lots of money on ready-made gluten-free products … and then throwing them away because of the unsatisfactory taste and texture. She decided she’d rather make her own baked goods, ones that met her family’s standards. Initially, she tried others’ recipes, but still was not satisfied, so she started experimenting with family favorites and eventually figured out to create outstanding recipes that are just as good as her old gluten-full recipes.

Plus, her recipes were simple and easy for real, unlike so many of the recipes she’d been trying. She admits that her “transition” wasn’t as hard as she expected, but she did have to learn the properties of different ingredients and how they worked together in baking. 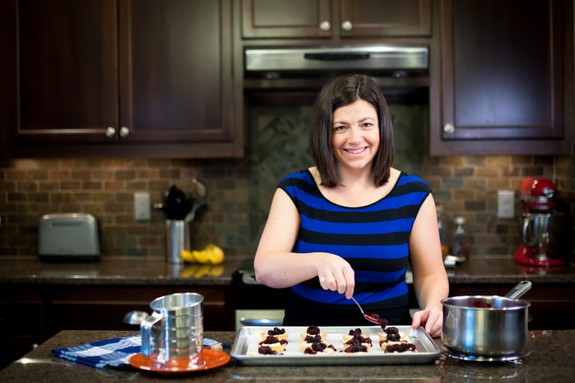 Chrystal is my kind of baker. She creates recipes that look and taste like the recipes we all freely enjoyed before going gluten free. Recipes like Red Velvet Cake, Pineapple Upside Down Cake, Pecan Pie, Angel Food Cake, Gingersnaps, Fudge Brownies, and Lemon Bars.

All of Chrystal’s recipes are gluten free and many are dairy free as well. Most of the recipes in this cookbook are simply gluten free as written, but as she explains at the beginning of her book, simple dairy-free substitutions usually work in her recipes.

She actually tested the majority of these recipes using those dairy-free substitutions and she notes substitution info right below the recipe ingredients if they will work. She also tells you how and when you can substitute for eggs, plus she shares lots of other simple tips to create outstanding recipes when baking gluten free.

Chrystal’s book includes two flour mix recipes—one that’s bean-four based and the other that’s rice-flour based. While she personally prefers the bean-flour based mix for its protein content and says you cannot taste the bean component in her recipes, she says that you can use either flour mix in her recipes.

I’m fairly certain that any gluten-free all-purpose flour blend that you’re happy with will work in Chrystal’s recipes. In fact, she notes in today’s recipe that you can use your preferred gluten-free flour blend if you prefer.

Chrystal also points out that neither of her blends includes xanthan gum, guar gum, or any other binder. That’s because not all of her recipes need a binder. As she says, “in a good portion of the recipes in this cookbook, the combination and ratio of ingredients are strong enough to hold the baked goods together.” If a recipe does require a binder of some sort, it’s simply included in the recipe versus the flour mix.

I even took Chrystal’s cookbook with me on vacation to Little Cayman to read and share with some others in our travel group. That group included a friend who is gluten free and some others who were interested in the benefits of a gluten-free diet for other health conditions. I wasn’t surprised that Chrystal’s Colossal Cookies (which feature oats, peanut butter, and chocolate chips) caught the eye of one male friend after a day of diving! 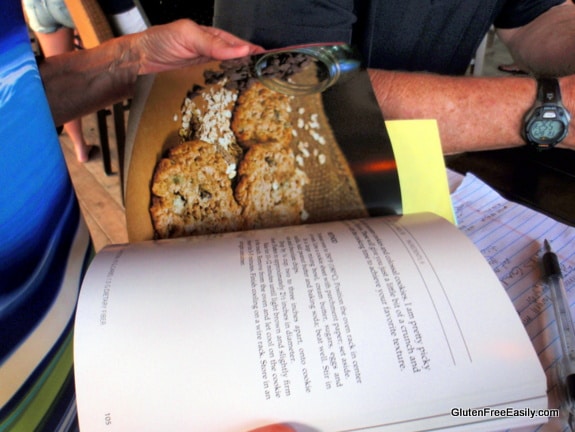 Today I’m sharing Chrystal’s delicious—and cute—Butterscotch Tassies (bite-sized tassies are always cute, right?), but there are so many other recipes in her cookbook that appeal to me, too! Turtle Bars, Russian Tea Cakes, Chocolate Shortbread Tarts (shown on the cover above), Donut Muffins, and Carrot Cake are just a few of them.

But you might immediately choose her Lemon Blackberry Tarts, Chocolate Vegan Cupcakes, and/or Peach Cobbler. Or how about Oatmeal Jam Bars? 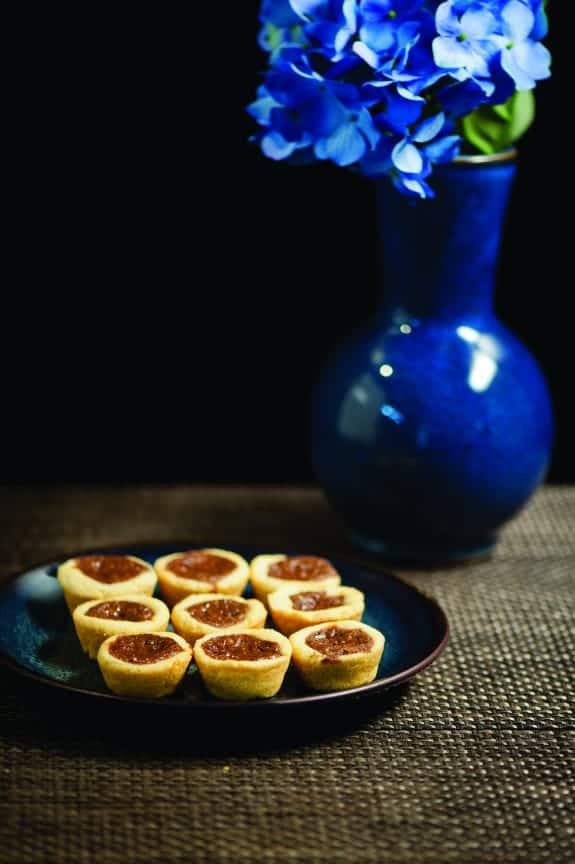 UPDATE:  This giveaway is now closed.

Or Chrystal says you can use your preferred gluten-free all-purpose flour blend in this recipe.

Full disclosure:  This cookbook was provided to me free of charge, but the opinions expressed here are strictly my own.