FacebookPinterestTwitterEmail
For affiliate links and as an Amazon Associate I earn from qualifying purchases.

I’m so happy to share these scrumptious gluten-free Coconut Blueberry Pound Cupcakes with you today! Let me tell you how this recipe came to be.

My friend Iris Higgins posted her Second Annual Birthday Cake Challenge earlier this month. She said that entries of cakes, cupcakes, or pies were all welcome. Originally, I was sure I was going to make a pie, but then I saw Tiffany’s (The Coconut Mama) Simple Coconut Flour Muffins recipe.

Plus I had some organic blueberries left over from the gfe retreat and I’d been thinking about making Pound Cupcakes due to the success that several gfe readers had reported when turning my Perfect Pound Cake into cupcakes. Well, the next thing you know, these Coconut Blueberry Pound Cupcakes were coming out of the oven! 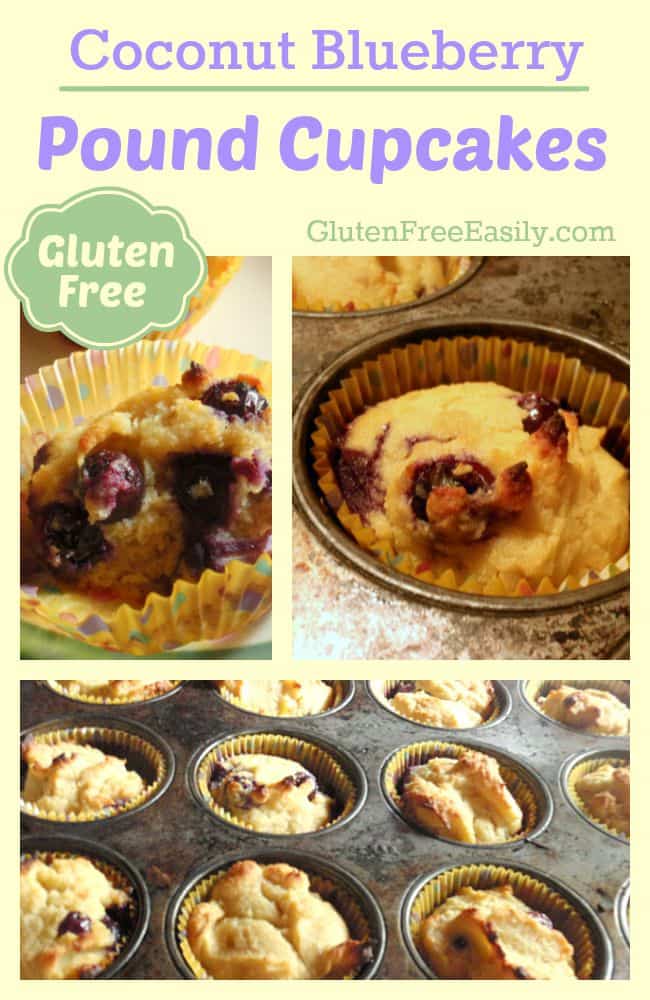 I suppose you could argue that they might be more properly called muffins, but when you use pretty wrappers, you base your recipe on pound cake, and the results taste like coconut pound cake, I think these treats definitely qualify as cupcakes.

These are cupcakes that have the little bit of extra heft characteristic of pound cakes. And as I share in my recipe notes, these cupcakes get better over time.

Most of them disappeared on Day 2 and all were gone by Day 3. I hope that Iris thinks these are worthy of her 30th! 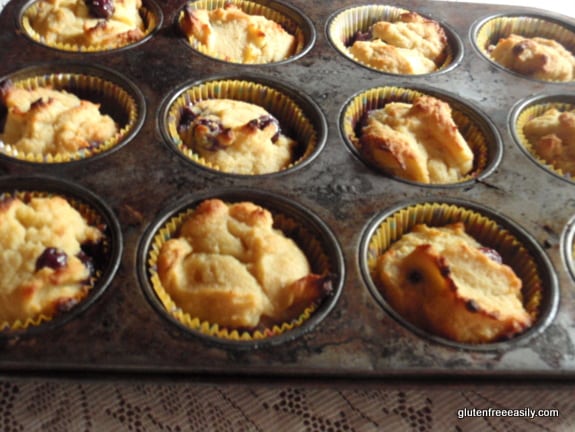 Coconut Flour - I always sift my coconut flour because it tends to form tiny clumps after being in my refrigerator. I use Tropical Traditions brand coconut flour; I love it.

Banana - I like banana in combination with blueberries (as in my Banana Blueberry Buckle); only a small amount of mashed banana gives a very nice texture to these cupcakes.

Baking Powder - I did not use any baking powder in this recipe as was called for in the original pound cake recipe as I didn’t feel that it was needed with the coconut flour.

The ingredients listing seems long, but they’re all ones I always have on hand and they work together very well. 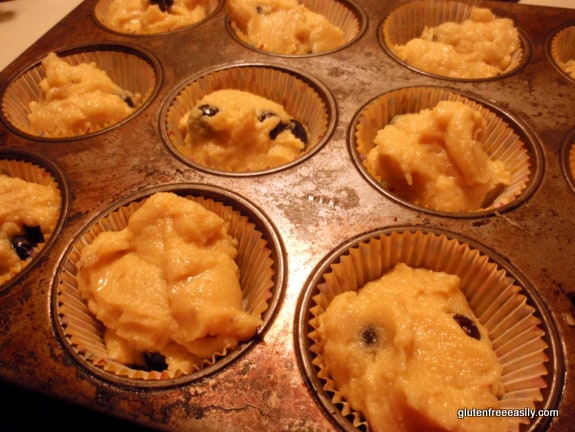 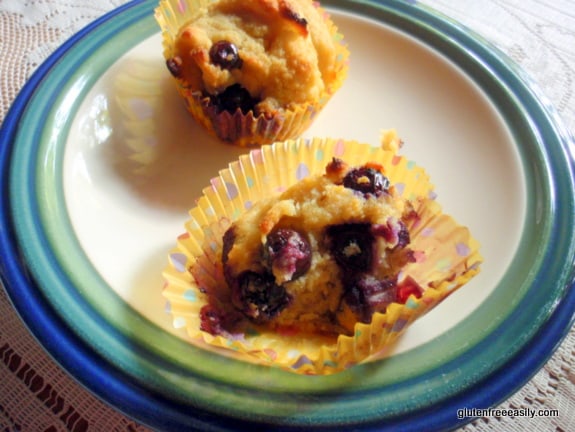