Truth be told, I’ve never liked condensed or abridged versions of books. It’s always seemed like a type of blasphemy to me to alter original stories. Plus, I have always wondered what parts were left out, and if, in condensing, the story perhaps took on a slightly different meaning. 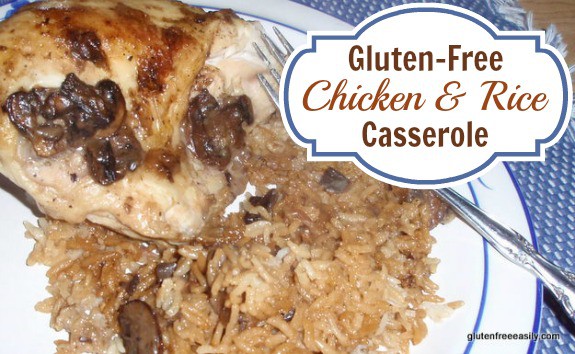 For some reason, I’d been thinking about one of those recipes lately—a chicken and rice casserole dish that I enjoyed many years ago. It called for not just one can of condensed soup, but two! It was a “go to” recipe back in my single days. I made it a few time in later years, but Mr. GFE never enjoyed it as much as I did.

I could still remember the great flavor that the chicken and the condensed soups imparted to the rice. French Onion was the one that was poured over the rice directly. The other soup called for in the recipe was a “cream of” soup of one’s choice. (It was spooned over the chicken, but, of course, also helped flavor the rice as well.) Cream of mushroom, cream of celery, and cream of chicken were all options.

But fast forward to today. I’m gluten free and condensed soups are rarely gluten free (certainly, not the ones in my local store anyway). Even if you do find safe, gluten-free condensed soups, you might take a look at the ingredients and decide to pass.

I’m passing on more and more these days, particularly because I just watched the movie, Food, Inc. So, while I was remembering and craving the chicken and rice casserole, I decided I wanted to make it without any condensed soups—instead making the recipe from scratch like I do for other family favorites.

The easiest way to make many of such dishes is to focus on reduction methods. Now before you click and surf away, that’s not a hard thing at all. It’s easy. Truly.

Previously when I’d see the words “reduction sauce,” I used to move on to another recipe myself. But making a reduction sauce just means that while you’re washing dishes, wiping down the counters, talking on the phone, or sneaking peeks of your guilty pleasure television show, you’re also making a fantastic sauce.

Yes, you have to stir occasionally or add an ingredient or two, but it’s not a big deal, and the results are incredibly flavorful because you are using real ingredients, usually without additives/preservatives. Also, remember that reduction sauces are often gluten free in fine restaurants as well, with no flour or gluten ingredients added.

Sometimes cornstarch, arrowroot, tapioca, and even potato starch, are used. Of course, never assume that a reduction sauce is gluten free; always inquire. Some restaurant kitchen personnel still rely heavily on flour that contains gluten and even if they use gluten-free ingredients, there’s the ever present concern of cross contact with gluten ingredients. We always have to inquire on kitchen procedures—in addition to ingredients—to stay truly safe.

Less the actual oven time, I was surprised how easily this old favorite came together without condensed soups. When I took my first bite of this Chicken and Rice Casserole made without canned soup, the taste was exactly what I remembered!

No, scratch that … it was actually much better. The onions, beef broth, and portabello mushrooms provided a rich, complex flavor, but yet it was not a heavy dish (which I remember from the condensed version).

In short, the uncondensed version is a winner. I predict you and your family will love it! As an added benefit, because it cooks in your oven for 90 minutes, during the cold weather days you’re also helping warm the house a tad.

With the smells that will waft out, you’ll also get lots of company and questions about what’s cooking, so you’ll have time to catch up with family members as it bakes—that’s always nice! 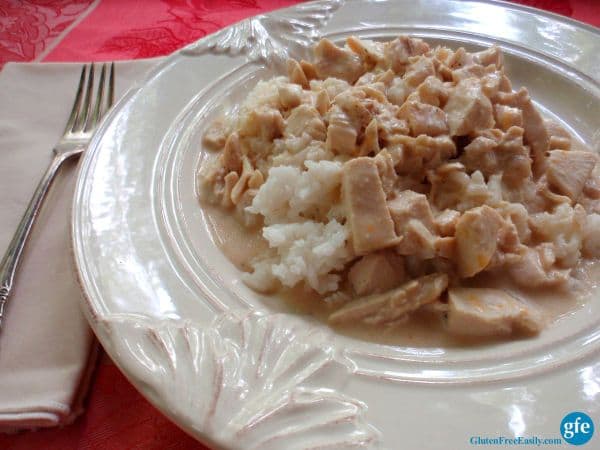 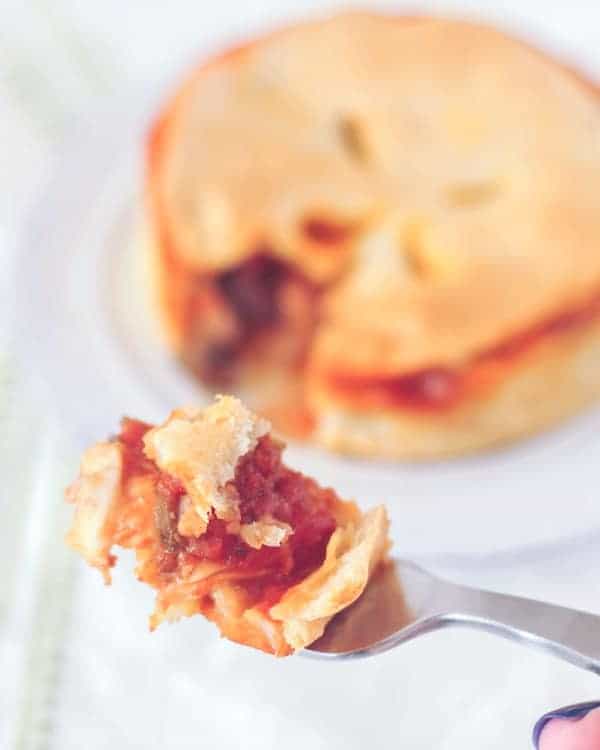 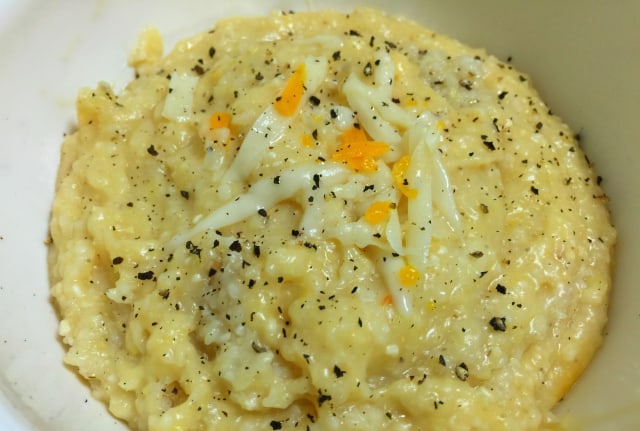 ~ Pot Pie (with Chicken or Turkey, or Vegan) 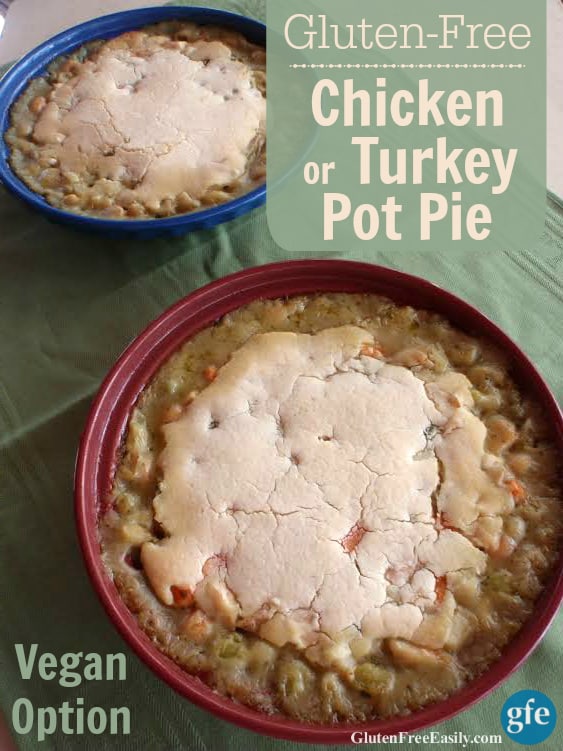 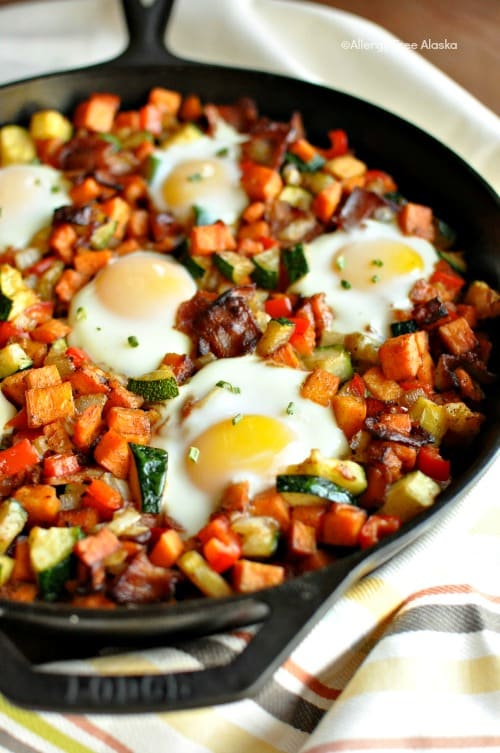 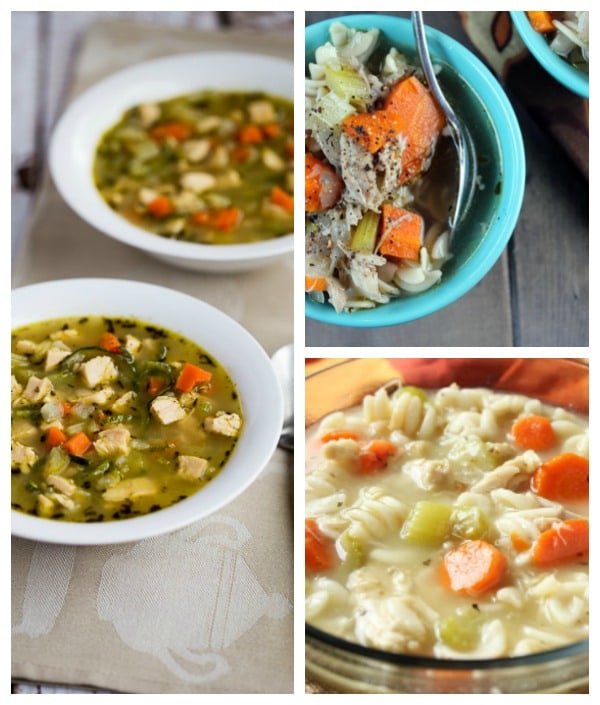 Gluten-Free Chicken and Rice Casserole Made Without Canned Soup–Here’s How You Do It!

Shown are the step-by-step photos for making gluten-free Chicken and Rice Casserole. 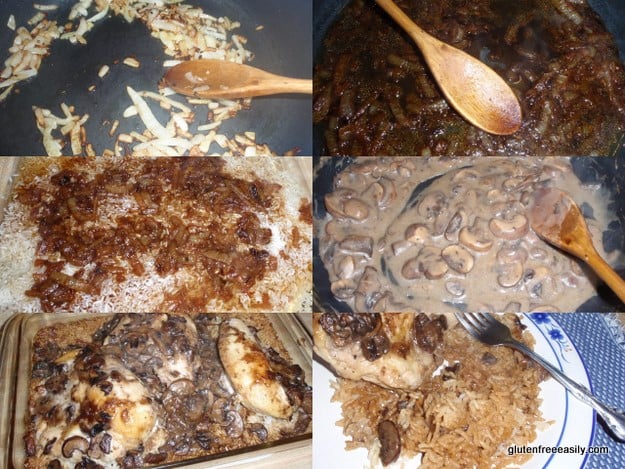 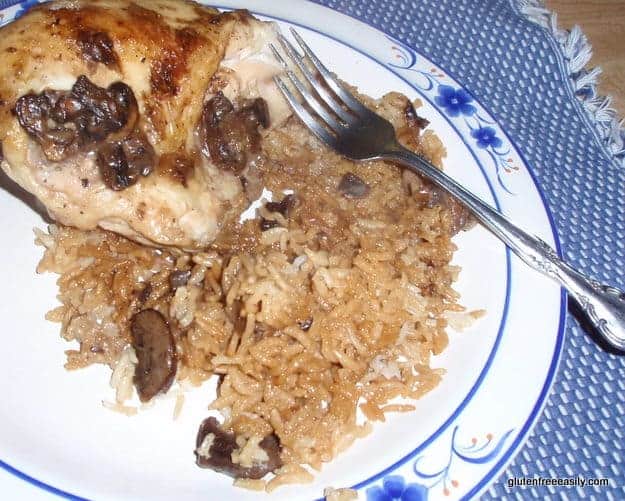 For pepper, I used a peppercorn medley that I've been enjoying. It included several varieties of peppercorns as well as coriander. I added maybe 1/2 teaspoon.

No additional salt was needed in this recipe because of sodium in beef broth.

Jasmine or basmati rice can be easily used in this recipe. However, I don't recommend brown rice because it can require a longer cooking time.