Chocolate Tamales for the holidays! Holiday food traditions can be so interesting and so delicious!

Many of us have pretty set menus for the holidays we celebrate. I know that my family does for Thanksgiving and Christmas, and even New Year’s Eve and New Year’s Day. They might be traditional menus based on our own heritage or perhaps in some cases menus that are based on pop culture or just our very favorite dishes. 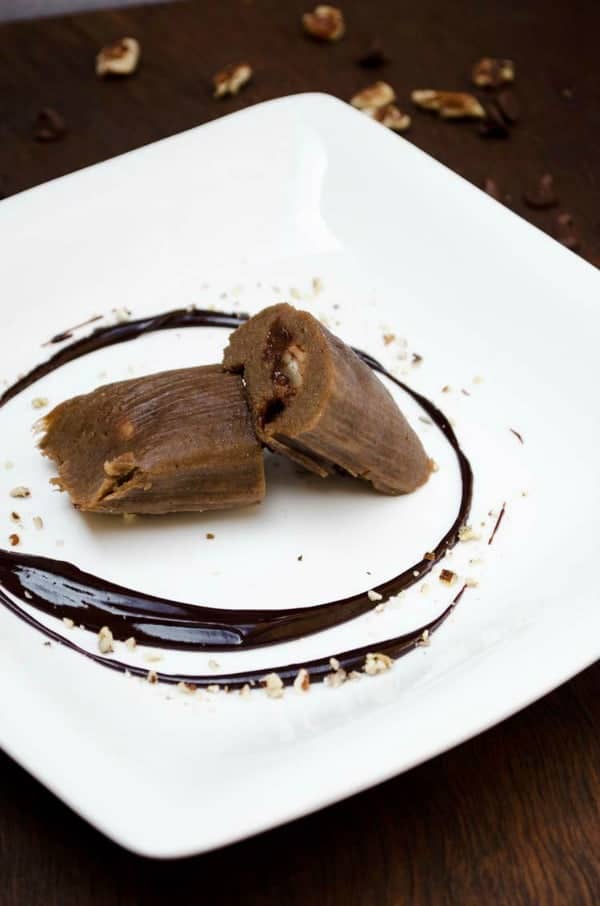 Other families’ holiday menus might include cheese fondue, Chinese food (from the classic Christmas movie), Italian dishes, and tamales. The latter might be a feast of classic tamales with savory fillings or tamales with sweet fillings such as today’s Chocolate Tamales. Or maybe tamales with both types of fillings!

Dora is a Mexican chef and graduate of the Culinary Institute of America. She shares more of her wonderful plant-based recipes on her site, Dora’s Table. All the recipes in Dora’s cookbook are vegan as stated in the title and all of the recipes are gluten free as well.

Dora’s cookbook truly is a step-to-step guide on making tamales. There are over 50 color photos to show you the process and the results. Making tamales is practically second nature to folks who grew up eating them.

They can take a little longer for a novice, but although making tamales is definitely a process, there’s nothing difficult about the process and the results are simply delicious. Especially when one is making Chocolate Tamales! 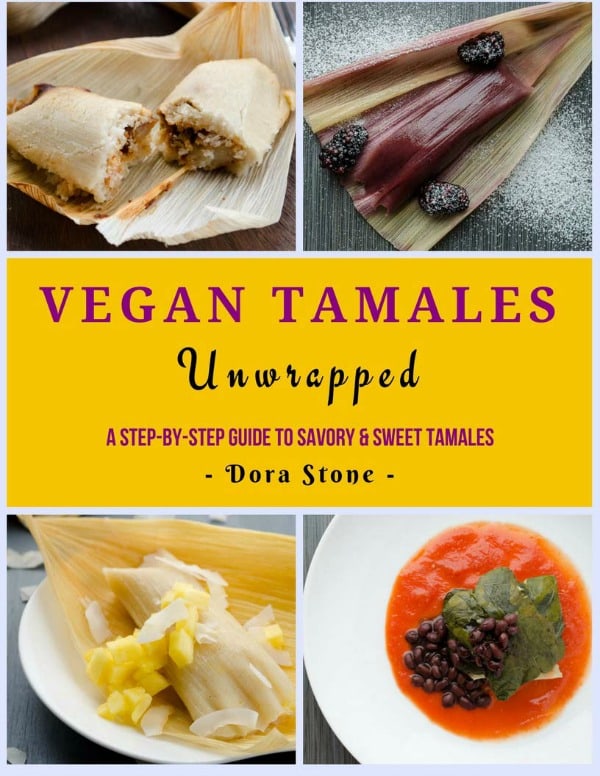 If you’re up for a menu of new recipes sometime during this holiday season, I recommend making another one of the recipes from this cookbook Potato Adobo Tamales as your main course and today’s Chocolate Tamales recipe as your dessert.

Perhaps enjoy some Sangria with your meal as well. That combo sounds like a perfectly festive meal to me! Check out Vegan Tamales Unwrapped:  A Step-by-Step Guide to Savory and Sweet Tamales where you’ll find many more options for your sampling of tamales.

If you would like to make these with fresh masa, replace the masa harina with 2 lbs. of fresh masa.

You can also use 8 oz. of coconut oil or 8 oz of cooked, unsweetened pumpkin to replace the fat.