Today I’m sharing gluten-free Coconut Mug Pie. Yes! Coconut Pie in a Mug, Individual Coconut Pie, My Favorite New Dessert. Whatever you want to call it, I think you will really enjoy this recipe. Many gfe readers know and love my Crustless Coconut Pie. I had shared that recipe again on Facebook recently and realized at that moment that I sure could have gone for a slice! 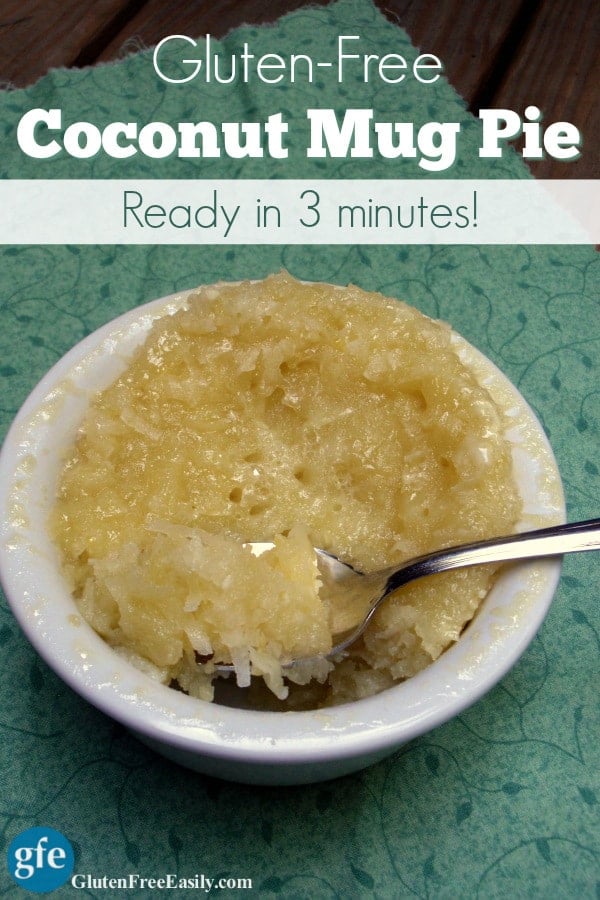 The thought—also known as a craving—would not go away. I wasn’t going to make a whole pie that evening and didn’t have anyone to share a whole pie with, so the idea of this Coconut Pie in a Mug came to me. Thinking back to the proportions in the Crustless Coconut Pie recipe and also thinking of my 3-Minute Chocolate Cake (a mug cake) and its required ingredients—fat, flour, sweetener, milk, and egg–I immediately whipped up a version and it was wonderful. It really hit the spot!

However, it wasn’t exactly like my Crustless Coconut Pie, so I played around with the ingredients a bit more and came up with a version that I feel is actually very close to that pie in taste and texture. That version is shown below. For the record, I did also test versions using coconut oil instead of butter, unsweetened shredded coconut instead of sweetened flaked coconut, coconut flour instead of gluten-free flour mix or sweet rice flour, coconut sugar instead of granulated sugar, and all of those were good, but the recipe shown below is the one I like best. Feel free to play with this recipe to work with your own dietary restrictions and preferences, of course, and please let us know what other versions work for you.

I also want to point out that making a mug pie also keeps the heat out of the kitchen. Saving on air conditioning and the electric bill is one’s civic duty, right? I thought you’d agree!

Last, despite being a mug pie, which we typically think of as a single serving, this recipe can easily serve two. I shared it with Mr. GFE each time I made it, but I’m sure there would be some occasions when I could eat this gluten-free Coconut Pie in a Mug all by myself! Especially with whipped cream on top. Just sayin’. 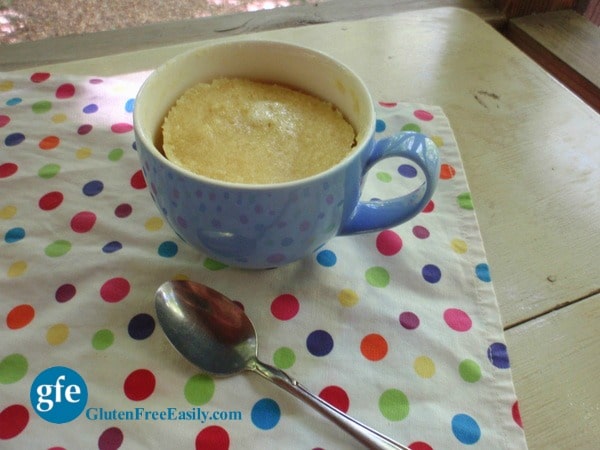 Coconut Pie in a Mug (This version was made with butter, unsweetened shredded coconut, and coconut flour—plus other ingredients in recipe, of course.) 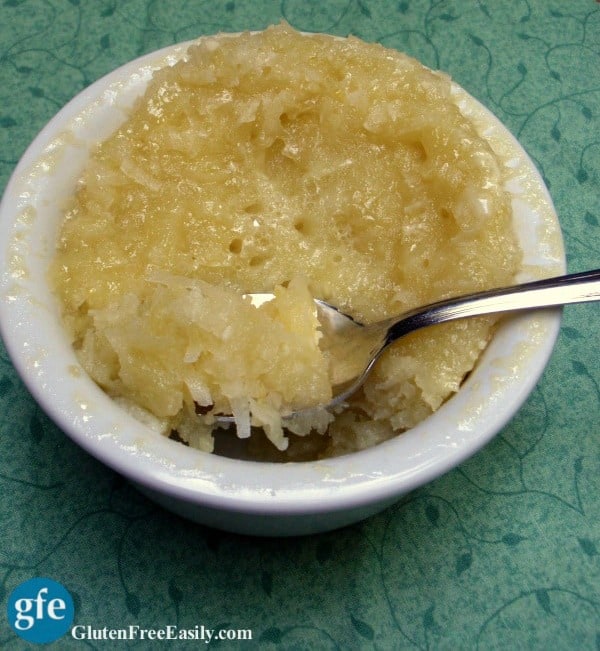 The wattage in microwaves varies so be aware that your cooking time may be slightly different.