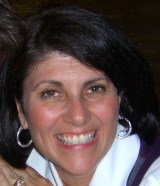 Diane Eblin is the author of The W.H.O.L.E. Gang blog, The Gluten-Free Diner cookbook, and C.O.O. of The Eblin Group, an executive coaching firm she runs with her husband, the executive coach and author, Scott Eblin.  Passionate about food and cooking, Diane is sharing her personal gluten-free story today because she wants to get others excited about the food in their lives.  She wants you in the kitchen doing more than opening a box to cook.  Her motto is Good Food No Matter What!™  That means no matter what ingredient you are leaving out:  dairy, gluten, nuts, meats, soy, sugar or whatever; your food should taste good and make you feel good. And now, let’s hear from Diane.

I remember when I was first told that gluten was most likely making me sick. I had kept a food journal and shared all of my blood tests and symptoms with a doctor. That didn’t get me very far with that doctor. But he did send me to a nutritionist. She picked up on the issue with gluten right away. So my homework assignment was to not eat gluten for 30 days and then eat something containing gluten like a piece of bread and see what happened. When she told me that gluten was in wheat, barley, rye and usually oats (due to cross-contamination), I thought well, that’s not so bad. How much of that food am I really eating? And then she told me where you really find gluten.

At that point in my life, I was feeling really bad and was ready to stand on my head on top of a pineapple if it helped me get better. She gave me a list of safe and unsafe foods. Also a list of long chemical names if I was to read labels that could contain hidden gluten. I stopped at my doctor’s office on the way home to be tested for Celiac Disease. Best to be tested before you go off gluten.

I had felt good so far that day. I had only eaten an egg and some fruit. I got home and really didn’t know what to eat. I was a little panicked but stuck to real food ingredients I had on hand. It was a small lunch. I realized I had not taken my vitamin so had that too.  Within 5 minutes I was bloated, aching all over again, foggy brained and a few more bad things to boot.

I couldn’t figure out what was wrong.  I was following what she said. Then I remembered the vitamins. I grabbed the bottle and read the label. Wheat!  My vitamins had gluten in them.

After 20 minutes or so, I got up and grabbed the materials she had given me. Found a list of resources of books and started searching for them and more online. I read through what she had given me with a little understanding of what was required, but not an understanding of how I was going to live like this. I found only a few blogs online including Gluten-Free Goddess and Gluten-Free Girl.  I gorged myself on any information on gluten-free living I could find. Compared to what’s out there now, it didn’t take too long to read them all.

By the end of that first day, I had gone through everything in my pantry, refrigerator, and freezer.  If it was safe I marked it with a big GF with my black sharpie. If it wasn’t I’d circle the culprit ingredient. It took forever because we had a lot of processed foods.

I went and bought myself my own jars of things that others might cross-contaminate and marked them as “mom’s, keep clean.” I moved all of the GF things to one shelf. I didn’t have very many. I was actually shocked at how much of the foods we ate contained gluten.

My nutritionist kept telling me to eat single-ingredient foods.  I thought she meant one at a time.  I thought that was horrible and immediately went out to buy gluten-free packaged foods. I thought it would make it easier to live gluten free.

I started feeling better and during this time I kept planning what my gluten “test” food was going to be when the 30 days was up. I thought heck, a slice of bread, I’m eating cake, the really good chocolate cake from Wegmans. Once in a while, I would get a little gluten from cross-contamination.

Boy, would I get sick. All of those really bad symptoms would come back in a blink of an eye. Well by the end of those 30 days you could not have paid me any amount of money to eat gluten. I could tell it was the problem. Don’t eat it and I start to feel better and allow my body to heal. Eat a crumb and the results are almost instant, severe, and last outwardly for a week.

That was February 2007 and I have not willingly eaten gluten since. Sure, there have been instances of cross-contamination which I pay dearly for, but there is no way, and under no circumstances where I would eat gluten. I think of it like poison because that is how it acts in my body. I describe it to people who want to have me over to eat or try to bring it into my house as E. coli. You wouldn’t dream of knowingly touching something with E. coli with anything you were preparing food with, cooking the food, or eating the food. You would get sick.

So as time went on I went from a pantry having one shelf of gluten-free foods to a few shelves to all of them. The same thing was true in the refrigerator. Then I had my family tested and found out they had reactions to gluten too. So far none of us has ever tested positive for Celiac Disease, but don’t tell my body that. It reacts in the same way as if it did. 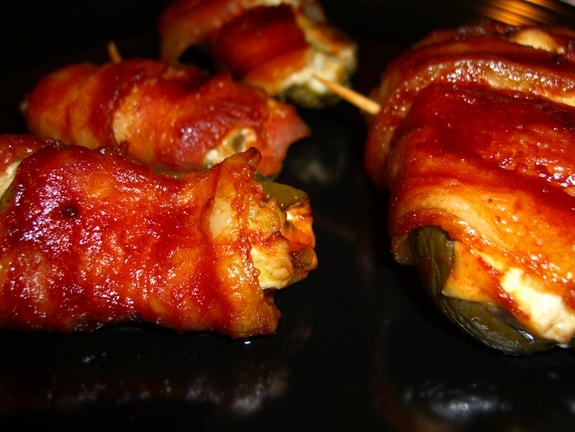 Now our house is completely gluten free. After the first year of living gluten free, I was realizing I didn’t feel that great. I could notice more things going on in my body. I then discovered that dairy was a problem for me too and rice. Well, when I found out I couldn’t eat rice I was forced off almost all processed gluten-free products. It is the BEST thing that ever happened to me.

I was now forced to eat single-ingredient items, real food, whole foods, foods you have to wash (Melissa’s saying from Gluten Free For Good), naked foods, or however you want to describe those ingredients you use from nature to make recipes. Once again I had to go through my pantry to mark what contained rice.

Here is my one wish for anyone making the shift to living gluten free and the one I wish I had understood in February 2007. Save yourself a lot of time and especially money and don’t make the same mistake I made. Don’t jump from gluten-filled processed foods to gluten-free processed foods. I can’t even tell you how much money I wasted. How much time I wasted! My local homeless shelter was happy to get the foods I tossed and I was happy to get rid of them. But really, what was the purpose of buying them? Why did I buy them?

The answer is FEAR. I was so afraid of eating the wrong thing that would make me sick that I went right for something that had the gluten-free stamp. It never crossed my mind that when I walked into the produce section of the grocery store that it had a huge gluten-free stamp on it, the same thing with fresh seafood and meats. All I really needed to do was look for organic.

Buying meats that were given no antibiotics or hormones makes it easy. Not the chickens that are injected with seasonings or flavors, but fresh organic chickens. How much easier that would have been. Instead of spending 3 hours grocery shopping for a basket full of processed foods that I would spend so much time and effort reading, I could have been in and out of the store in no time. 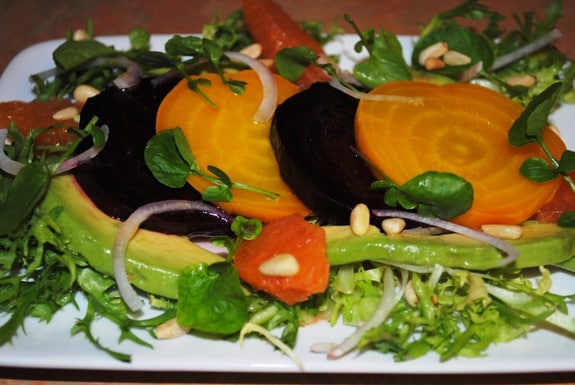 Now the body’s healing is a long process, especially for someone my age who has been slowly driving it mad with those foods it does not tolerate. I’m like an onion with many layers. I keep finding new things that my body doesn’t like. The best part is when I remove them I feel amazing. Yes, some are harder than others to give up. But once you give up gluten and you realize life goes on, anything is now possible.

The Steps I Took In Making the Transition to Living Gluten Free: 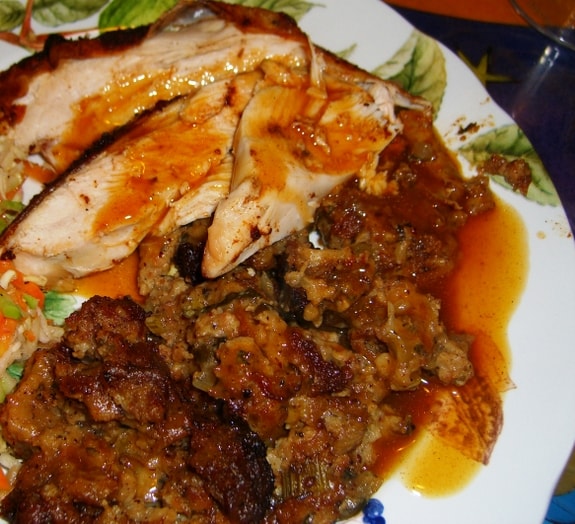 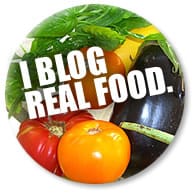 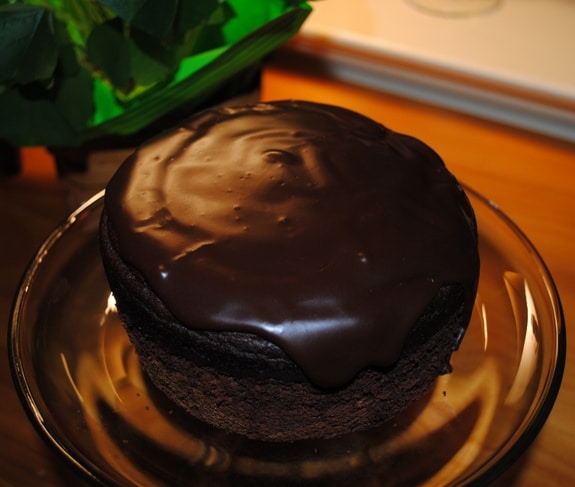 Shirley’s Double Clementine Cake (which I made using my Vitamix)

Shirley, here: Many thanks to Diane for sharing her journey and lessons learned as one of the guest posts here at gfe for Celiac Awareness Month (or “Celiac Plus” Awareness Month, as I like to call it)! Read the personal gluten-free story of others shared on gfe via the links below:

~ Dr. Delise Dickard: The Beer That Saved My Belly

~ In Defense of the Medically Necessary Gluten-Free Diet

~ You’re Not Crazy, You’re Sick and You May Have Celiac Disease … Ginny’s Story