I love it when food not only tastes good, but it sounds good, too. Dishes that sound festive or exotic often have more appeal to me. Like Jambalaya, Tabbouleh, and this Etouffee. Gluten-free Catfish Etouffee, to be exact. 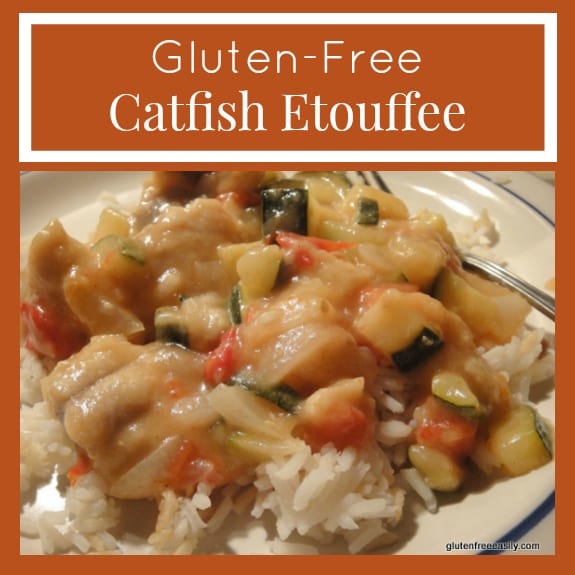 An etouffee—pronounced A-too-FAY—is a type of stew in which generally shellfish is smothered in a seasoned vegetable mixture and served with rice. I’ve mentioned before that a good friend of ours, Jack, likes to fish for catfish in his spare time and always catches more than he can possibly eat by himself.

We are always equally well stocked with venison from family members and friends who hunt. So we do some casual bartering from time to time. Mr. GFE will show up with some packages of catfish from Jack. Then for Mr. GFE’s next visit to Jack, I hand him some packages of ground venison as he heads out the door. It’s a great system! 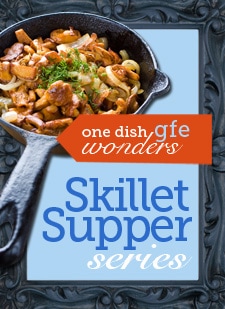 While usually I fry the catfish (using the same cornmeal breading that I used on these Southern Fried Oysters and this Fried Calamari), I really wanted to try something different and out of the blue, etouffee popped into my head.

I searched online and found a fairly simple recipe on a Cajun website. A few changes here and there—including the addition of zucchini and tomatoes (so often my “go to” fresh veggies)–and we were enjoying this delicious new dish, gluten-free Catfish Etouffee! 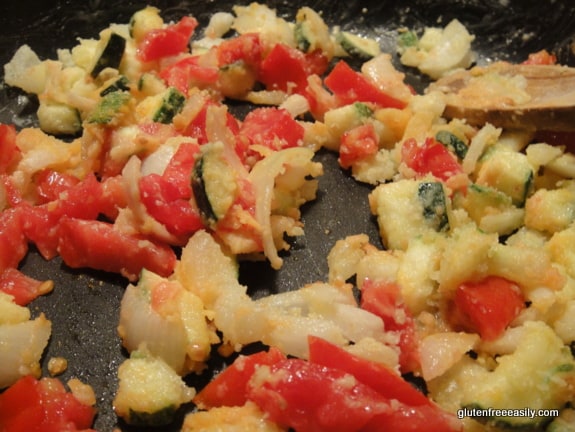 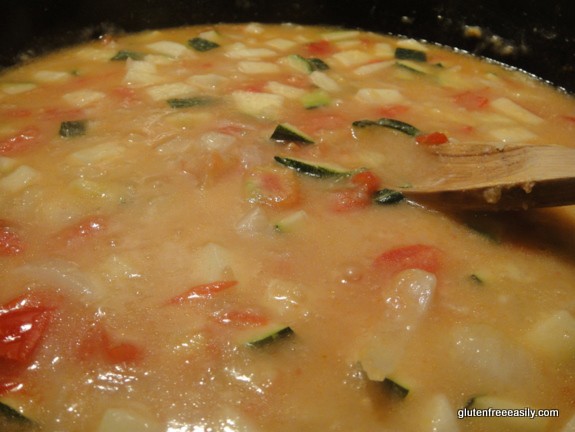 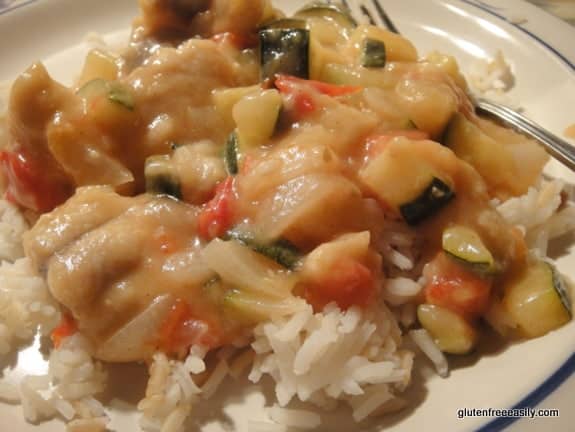 A few other posts in the gfe Skillet Supper Series:

A few other fabulous gluten-free skillet suppers and/or seafood dishes:

Other vegetables may be used depending upon your personal preferences and what you have on hand.

If you wish to use another fish, it’s best to use one that is similar in thickness and heartiness. If you use a fish that’s lighter in flavor and texture, do not add fish until about halfway through final cooking time.